Meet our team of Instructors at Carlisle Taekwondo School 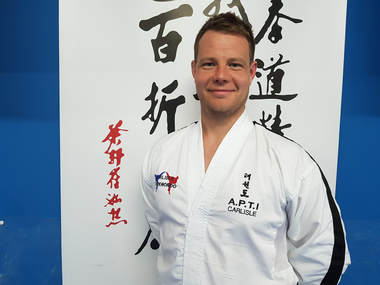 Mr Cruickshank is Carlisle's School manager, he can be found both teaching adults and children's classes. If you need any help don't be afraid to ask, he's always willing to help!
Mr Cruickshank loves sparring as well as competition:
Instead Mr Cruickshank is now focused on teaching and organisation of events & competition, currently he is the National Secretary & National Grading Examiner for the Taekwondo Association.  But still he can also be found training with the Demonstration team working hard and breaking bricks & tiles when needed!